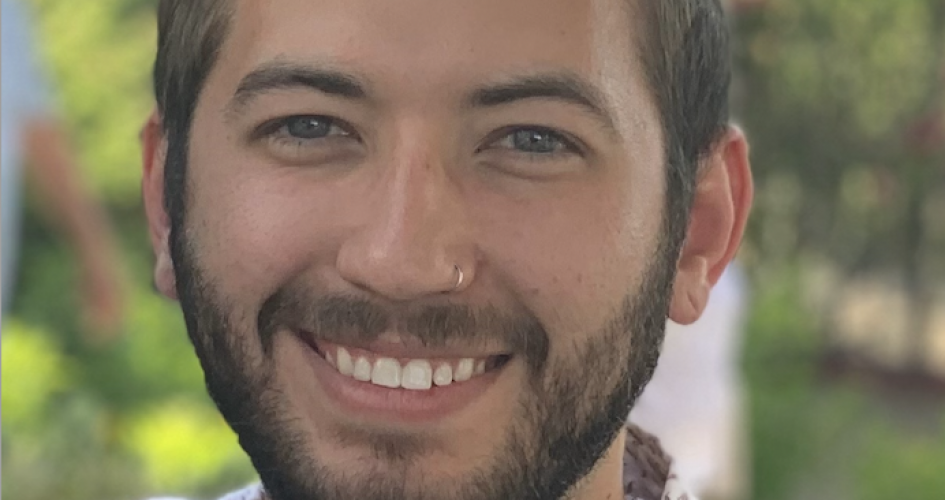 Zach Ward was a Nursing student at NHCC, who just graduated in the Spring of 2021. Most impressively, Zach already has a job lined up too! (As long as he passes the NCLEX exam, which he plans to!) He got hired at the same hospital he did his clinicals at and starts on the 26th of June. Zach will be working on a Cardiac Step Down. “That’s between a typical Med Search floor and an ICU.” He describes working in the cardiac field as this, ‘Your heart is basically a pump. So, if your pump has a hard time doing certain things, or it pumps wrong, people come to us.’ A new job isn’t the only exciting thing happening in Zach’s life either! This fall, he is enrolled to finish his bachelor’s degree in nursing at Mankato State University. By the end of next summer, he should be done! However, he says, ‘More than likely down the road, I might do a Doctorate of Nursing. But I want to get some experience under my belt and figure out what type of nursing I want to do first.’

Zach has so much advice for prospective nursing students and insight on his time at NHCC that we had to break this blog post into two parts! Today we’re sharing Q&A Part I, where Zach discusses all things nursing and his NHCC experience!

What led you to North Hennepin for Nursing?

I'd been living in Colorado and I moved back to Minnesota four years ago. The cost of living was too much out there. I decided I should have a degree. I started looking into nursing, because that's kind of the realm I was already in, so I had some experience. Part of what sold me on North Hennepin was the Nursing Fast Track. They do three semesters instead of four, which I appreciate. I also saw that NHCC had a 92% pass rate for the NCLEX on average, for the first time they test, so I was like, ‘Wow, NHCC goes fast, but they still do it right.’ So, I tried and I got in and I thought, ‘Let's do this!’

Did you like having some of your nursing classes online?

Honestly, just my personal perspective, I liked it more. The commuting to Brooklyn Park, (I live in Uptown Minneapolis,) alone doing that every day, wasn't ideal. Then it's also, you can't control the times as much when everything is on campus. I think there is a lot that you get out of being on campus, I truly do. I think taking Nursing 2700 the first semester and having most of it on campus helped me a lot to build a foundation. Literally Nursing 2700’s main goal is to teach you how to walk into a room confidently and competently. Without being all awkward and weird and unsure, because that doesn't make a patient feel great. That's the whole point of your first semester. The professors are trying to make you comfortable enough. You're not going to know what you're doing, that's just how it is. That's the reality. But, having that confidence, even if you're freaking out. Keep it inside. Don't be nervous, because that's going to make the patient more nervous. But those are all the basic things they teach you in-person in that first semester. I think being on-campus helps when it comes to those hands-on experiences, like lab and stuff. I think that's important, but the actual theory of being online, I liked it more. You usually control when you watch the videos, so you don't have to be there every day, on Monday morning, at 8am necessarily. It's kind of nice.

People say nursing is blood, sweat and tears, it’s a lot of work. How was the hustle and bustle?

Yeah, I don't like that saying. I remember when I first started, in my seminar class I heard someone say, ‘You’ll probably cry.’ I just thought, ‘I don't think that's a good way to go into it.’ You will have rough days, but you won't necessarily cry. It's manageable. It's all about how you address it and how you view it. I don't think the tears part is accurate, it is a lot of work, I will never lie about that. Especially in the middle semester, where you’re doing a million things all the time. But if you just break it down and stop thinking about it, it’s better. But I know, when you walk into each semester its shocking. They’re really gonna make us do all that?! In four and a half months?! Impossible! If you truly just take it in each week, it looks so much more manageable. Finding people that you can work with is a big thing too. I know that's harder with Zoom, but if you make groups that you can work together with, studying becomes much easier. You can rely on each other to bounce ideas off of and that helps to make you feel like you're not in it alone. That’s where people get overwhelmed, is thinking that they’re doing this all by themselves. You have the same group of people throughout all three semesters that you go through it with. Find your people. You just have to put yourself out there and start. Take the initiative yourself, it doesn't have to be the professors who say, ‘Hey, make these study groups at this time.’ Just because they assign you to a study group, that doesn't mean you're going to like it. It’s important for people to just go out on their own and figure it out.

They say facilities are state-of-the-art, how is NHCC’s nursing equipment?

The mannequins are great, but it’s weird at first, because professors want you to talk to the mannequins like patients. When you’re starting out, it's very possible that you're not gonna feel comfortable doing that. But by the third semester, we're all literally talking to them like they are human patients. NHCC does a great job. They have mannequins that actually engage with you and their heart rates can change and things like that. Sometimes professors will be able to talk through the dummy itself. They do actual simulations, where it's not just this plastic man in the bed. They blink, they move, you can see their chest moving, you can actually listen to their heart and they have specific heart rates too. There are some really cool parts to it, that if you actually try, you can get something out of it. On campus, we also have special simulation rooms, where there's one-way glass to practice. Your professors can see you, but you can't see them. They'll be there, kind of gauging what's going on and how you’re handling things. You'll be in the room, either by yourself, or with other people usually. And you all work as a team to try to figure out what's going on with the patient. Then when you do certain things, they’ll change the dummies reaction. Kind of like, we gave this medication and their heart rate drops to nothing, or their blood pressure drops. You can actually figure out, ‘Oh, that thing that we did was the wrong thing here because of this.’ You can get things out of it if you truly appreciate what it is you know and see passed the mannequin.

Maybe that week in class we’re talking about dementia. So, we walk into the lab and a couple professors will actually pretend to be dementia patients. We have to figure out how to engage with them. Sometimes you walk in, you open the curtain and see that one of your patients might be on the ground. What do you do in that situation? They're trying to teach you to remain calm and realize, ‘Okay, this happens, what do we do first?’ It's that critical thinking, that's what the labs are mostly there for. You can always learn skills, you can always learn things that are in textbooks, but it's the critical thinking that's most important. To really stop and recognize what's going on in the room and how to handle situations.