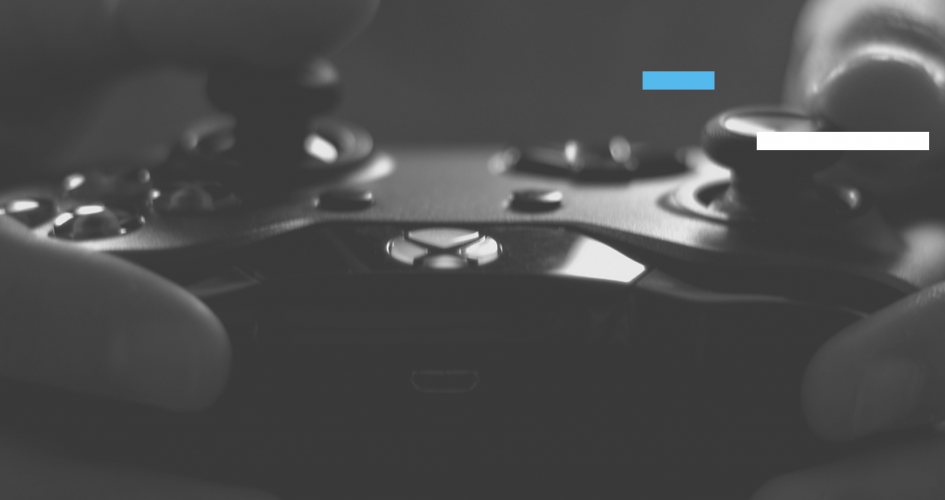 While AJ was a student at NHCC, he took both in person and online classes, in addition to working full-time. His advice to students, “It’s ok to do it slowly.” In the evenings after work, AJ attended in person classes. He never took more than two classes and a lab at the same time.  “It was a balancing act. Of full-time employment, part-time class work, along with social relationships, hobbies and creating the podcast (Mostly Normal Gamers) all at once.” AJ chose not to decide between work or school, “If you can find a balance, you can do both. It’s not easy but it's doable.”

In AJ’s free time, he enjoys being a co-host on his burgeoning video game podcast, Mostly Normal Gamers, (he even had NHCC President, Dr. García on as a recent guest)! The podcast has quite the inception story and it makes AJ smile. Before the podcast was established, none of the co-hosts knew each other. However, all of them were fans of a long-running, well established, news and video game podcast and listened to it daily.  Unknowingly, one of AJ’s future co-hosts, wrote into this podcast, about how he lived in the Minneapolis area and wanted to start his own weekly podcast. AJ heard this request for a local person, reached out to him on Twitter and the rest, as they say, is history. The Mostly Normal Gamers podcast took off after that, hosting numerous, local, gaming fanatics on ever since! AJ feels exhilarated by the success of the podcast. “There have been a lot of bumps, some ego bruises and a lot of really important learning experiences, (along with personal growth) to get to where we are now, which in our minds, is just the beginning.

Despite AJ being well-versed in the video game industry, he’s actually worked the last 5 years at a medical device start-up. “I’ve grown with it as a person. All the way from a start-up of less than 90 people, to our acquisition by a company of 36,000+ employees.” Since AJ has been in the workforce for many years now, he feels that he has experience that a college degree can’t buy. However, he is looking for a career change and has found that, “without the piece of paper (diploma), I can’t make it through an interview screening process.” Once he officially graduates, AJ hopes to leverage his education, to break into the radio industry in Minnesota. “I have found that I love talking into a microphone (about anything, really), helping to connect people, and being able to learn people’s stories and dreams, whether they’re about video games, or other passions.” AJ’s ultimate goal is to be the on-air talent at one of the major market radio stations in Minneapolis.

AJ looks forward to the many career possibilities now open to him and is very grateful for NHCC. “I was originally drawn to NHCC because of the way they balance the four-year college feeling, with the intimacy and willingness to help, of a community college.” The smaller class sizes were one of AJ’s favorite aspects of NHCC. His biggest class size was around 25 people, his professors were experts in their fields and they were right there if he needed help. AJ remembers thinking, “Why would anyone not start school at a community college?” In comparison to the other schools AJ had attended, the diversity of NHCC is incomparable. He met people of all different walks of life, from all over the world, with different end goals, all chipping away at their education. “There is beauty in diversity. Learning with people from a different background, gives you perspectives you might never have thought of otherwise.”