The Magic of Mentorship: An NHCC Alumni Story 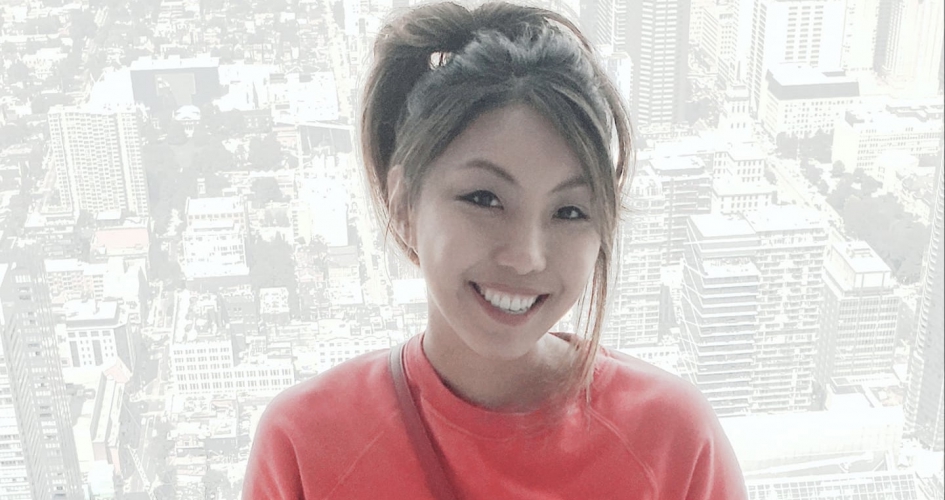 Norzing Chodon was a student at North Hennepin Community College, who graduated in 2017. She is currently completing her Bachelor of Science degree at the University of Minnesota and has plans to start her graduate studies career shortly after. Recently, while preparing for her graduate school exam, Norzing reconnected with one of her past NHCC tutors, Dale Bradtke. This blog post was written in response to the mentors and encouraging peers Norzing met at NHCC who helped her to get to where she is today. Discover Norzing and her NHCC story in the Q&A below!

How did your NHCC experience begin?

I went to North Hennepin and I graduated in 2017. I received an Associate of Science. But I kind of concentrated a lot in business, and took a whole bunch of economics classes as well, finishing up my two-year requirement. The biggest highlight of my two-year community college experience, was NHCC’s Learning Resource Center. That was really beneficial! And luckily, I found that resource right away. When I first started, I found the Math Resource Center to be really helpful and I was taking a lot of math classes. This all recently started with Tom Lynch and Dale Bradtke. I reached out as an alum and wrote an ovation for Dale Bradtke, because I think he's a great asset at NHCC and he's definitely helped many students. Back then, he also really encouraged me to further my studies and transfer to a four-year college.

Did you end up going to a four-year college?

Yes, after NHCC I transferred to the University of Minnesota and I'm graduating this December. I am a double major in MIS (Management Information Systems) and Business Analytics. It’s management, it’s technology and a lot of problem solving and troubleshooting.

What are you hoping to do after you graduate in December?

I have been studying for the GRE and I'm planning on taking that in December. So, after graduation, I’ll be working and then doing more school!

Have you always liked going to school?

Not really! I think that it's one of those things you don't plan on. But when you start exploring, you enjoy the process. I think coming to North Hennepin, finding clubs, finding your own community, that's so important! Even at the U of MN, in the first couple years, I felt like an outsider because I was a transfer student and a lot of students came from high school right away. But then I started enrolling myself in Multicultural Clubs and Women in Business and the process of going to school became more of a lifestyle change.

How did you find your way to NHCC?

In the beginning, I didn't have any aspirations. I didn’t know what I wanted to do, as a major, and my mom guided me. She said, ‘If you don’t want to spend so much money on going to a four-year college, you should look into a two-year college.’ At that time, I was living in New Brighton, so North Hennepin was the closest community college to me. I took the placement assessment tests and then started taking classes.

You mentioned the Learning Resource Center, did someone introduce you to that at NHCC?

No one told me about it, actually. I was placed in a College Algebra class and I remember going to the library to study and I saw a sign that said Math Center. I was like, ‘Hmm, that's interesting, there's a Math Center here!’ Then I saw there was a schedule up and I basically just looked into it. I learned that there’s a Math Resource Center, a Resource Center in general and also a Writing Center. When I was taking Calc I and Calc II, I was also in the process of transferring. I went to the Resource Center and I asked Mr. Dale Bradtke if he could write me a reference letter for admission. Then I asked an instructor at the Writing Center to help me write my essay letter and she helped me edit my paper too.

What do you think people should know about NHCC?

North Hennepin in general, I think is one of the better community colleges. The faculty is really good there and they have great resources if you take advantage of them. NHCC’s math instructors are really great. I’ve also taken biology, chemistry and economics courses there as well. I also think that community college in general, is great; because sometimes you don’t know what you want to do, or what classes you should take. I think the best thing for students to do, if their end goal is a four-year school, just start taking community college classes and transfer the credits. It was nice that NHCC’s Resource Center not only had math help, but the Peer Tutors there, could help with computer science classes and business classes too. Overall, the Learning Resource Center is an excellent resource for students.

When you started at NHCC, did you ever think you'd be where you are now?

No, I was just talking to my mom the other day about this. It's crazy, when you're doing something, you can't connect the dots. You can only connect the dots when you look back, right? And, you think, ‘Oh yeah, it made sense that I did that.’ If I didn't go to North Hennepin, I don't think I would be where I am now. Also, I think the friends that I made there helped me. I remember asking my classmates what their plans were after NHCC and they all planned on going to four-year colleges. So, I was like, ‘Okay, I can’t just stop here. I need to do something as well.’ When I got to the U of MN, I thought, maybe I should have just started at a four-year college. But then I reminded myself, everyone's path is different. Of course, I also saved a lot of money and I had a lot of time to reflect on what I really wanted to do. I also took the Myers Briggs Assessment test, to tell me what I’m good at based on my personality. That was something that someone at the Resource Center showed me too. They said that it could help me if I took it before picking a major. I also like that the MIS major I picked has many things you can do with it. It’s not the end all, be all. You can go into a lot of other fields with it as well. And when you start a career, you can also learn a lot of skills at work. Get your certifications and branch out from there to different departments. But at first, obviously the challenging part for students is picking a major. That's why I think, the best thing for students to do if they're really confused, or they have anxiety towards what they want to do is just try to find something you are passionate about. A lot of the students I met, felt like they were stuck in pre-med. They were all taking biology and chemistry classes and they wanted to do pre-med so bad, but then when they got to their four-year schools, they felt burnt out. You have to be passionate about what you're studying. If you're not passionate, you'll be miserable doing the work. Starting out with just the broad sciences is good. In the beginning, I was actually thinking about nursing, because my mom really wanted me to be in the medical field. I took anatomy, physiology microbiology and then I worked in the summer as a nursing assistant at a hospital. I realized that I was more interested in working with computers and working in a team setting on projects and stuff.

Finish the sentence, “North Hennepin helped me to _____.”

If I didn't go to North Hennepin, I would not have met mentors like Dale and the great people in the Writing Center who helped me. You know, it was all a learning process, and in the process, I met a lot of amazing people. NHCC was a great experience and it felt like home. It’s been really great to keep in touch with people. Dale Bradtke actually helped me this summer. I had some sessions with him on the weekend, on Zoom. That was really kind of him to help me. Dale is a math tutor but he also has experience writing software and helped me a lot with any kind of GRE study questions that deal with a formula. I bought a GRE study booklet and I had some questions on data analysis. Dale has such a great way of gauging how students are. If a student is very visual, then he’ll show the process more visually. If a student is more written, then he writes more. I think that’s really helpful. He definitely dedicated his time with me. I don’t think NHCC staff get recognized as much as they should, the faculty definitely do; but the people that are behind-the-scenes, the support systems, the people that work in the Learning Resource Center and the tutors, they really help students excel and help them to further their education. There were student tutors at NHCC that really helped me as well. And some of them, I ended up seeing again at the U of MN.

Is there anything you wish your younger self would have known?

I think that we doubt ourselves so much and when you're young you don't want to reach out to people. You think, ‘Oh no, what will other people think of me and blah blah blah.’ But there's just so much help out there, if you really ask for it and take the initiative. Invest some time in yourself. Whether it's for tutoring, asking people to edit your essay, whatever it is! Even if you don't know what you want, just listen to other people and hear what their aspirations and goals are. Then you’ll start reflecting and asking yourself the big questions. That's what really helped me. It’s also good to have a small plan. Just have a small trajectory of where you want to see yourself going and make plans according to that. The resources are all there at North Hennepin. I don't think you need to go to multiple community colleges and bounce around. It's all there, it's just a matter of investing time in yourself.