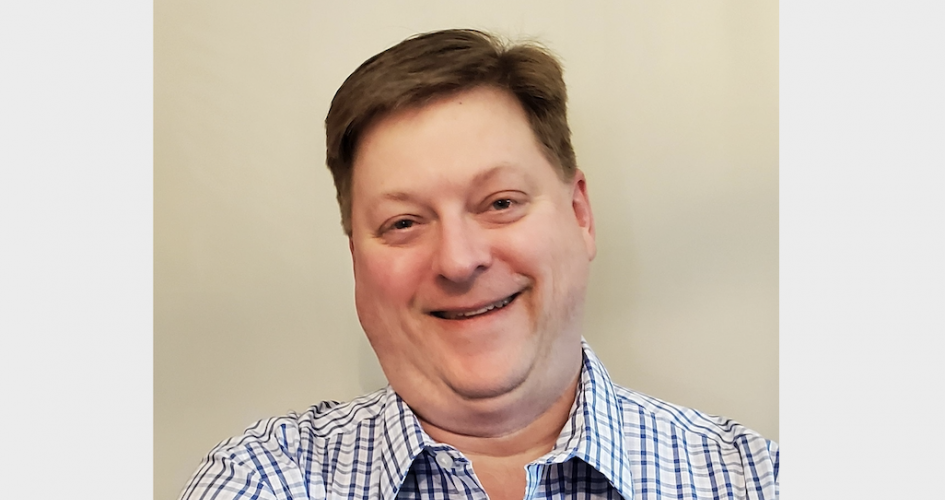 How does it feel to be the 2021 Excellence in Education recipient?

Terrifying. Kind of cool. I was not expecting it, that's for sure. I look at all the people that were nominated as well and it's stunning. I look at what they do and I am impressed constantly and continually by what others are doing and I’m floored to be thought of in the same terms. You can ask Jesse if I was able to even speak when he called me. I was speechless and that's a rare thing for me. Just ask anyone who knows me, I can usually keep talking for hours on end. (In fact, people pay me to talk for hours on end, that’s what's called lecturing).

People say you're very deserving of the award. Especially with your work in PTK and continuing your mom's legacy, right?

Yes, my mom started the honors program at NHCC, way back when and I grew up around those PTK students and got to go to some conventions. I had a real sense for what PTK can be for students. My mom was still alive when I was offered the PTK position and I went to ask her what she thought about me being in the role; she looked me square in the face and said ‘no.’ I said ‘why?’ and she goes, ‘you never would have been in it.’ For me, as an undergrad I don't think I had a 3.5 GPA, (grad school was a little different) but I hadn't quite figured out how to be a student back then, that's for sure.

Did your mother feel like you had to personally be in PTK, to know how to run it?

I think so, my mother was very much the epitome of an academician. Both she and my dad were college professors. My dad was at the University of Minnesota and worked in Hispanic linguistics. To them, going to college, working hard and getting good grades, was the most important thing. As I've learned, it's more about the experience and becoming someone, than the GPA. If you think about the people at our community college, it might take them three, or four years to finish here, because they have to work, or they may have kids. Trying to focus on getting a good grade, just to get a good grade isn’t as important. As opposed to learning something, coming away with knowledge and improving yourself as a human being. Those are not necessarily all the time synchronous, there's sometimes a little lag in there. So yes, my mother looms heavy over my shoulder. It's kind of cool because, I think at one point in time she won this award as well, (or something similar to it). The joke in my family is, since she taught Spanish, all I need to do is teach Spanish and I will become my mother!

Do you know Spanish too, or any other languages?

I took Spanish through high school and into college and actually because of my parents’ connections, when I was seven years old, we went to Guatemala. I got to climb a pyramid and that was also the same age when I started playing trumpet. Since I have asthma, they thought it would be helpful to learn how to play. When I got to college, I studied music and people and I have a double major in anthropology and trumpet performance.

I feel like we're in the 15th month of 2020. For me, I’ve tried to focus on the arts and especially music. But music making is next to impossible in remote types of settings. The Super spreader incidents with choir's out on the west coast, (where people died, because they didn't fully understand how things could spread) didn’t help either. But, I got involved pretty early in doing research and studying the effects of aerosols as coming from instruments and followed the study based out of Colorado (where they were putting sensors in the same room with instrumentalists and vocalists) and asking, ‘okay, how does this stuff spread?’ ‘How many air exchanges are there?’ ‘What type of mitigation techniques can you use?’ Who would have thought that putting a bag over a saxophone was going to be a thing, you know?  It definitely works, but it's a little funky, sometimes the keys are gonna stick, but you've still got 30-40 minutes in a space, and then you need to clear out for an air exchange. I found out the fine arts building has roughly three air exchanges in an hour. This means we can play for about 30-40 minutes, before we have to get the heck out of dodge for 20 minutes. With jazz band, we’ve got bags on all the instruments and we've got masks on people while they're playing. We're small enough that we can be in room 185 for half an hour to 40 minutes and then go to the stage for a half hour to 40 minutes, before coming back to room 185 for half an hour to 45 minutes. With the concert band, we had to split, because we have too many people in the band. Half the band is on the stage and the other half is in room 185. That's where these software programs that eliminate lag come in. We found a program called jack trip and Larry and Eddie and everybody in IT set it up for me. They ran with it and we got everything set up, to the point where we could play together in two separate rooms on campus. We could probably connect any room on campus that way now, because of the way the network is set up. It’s amazing! I could have people practicing all over campus and playing together at once. Today you hear people say, ‘oh we can jam together from England and play together in different places’ but without the pandemic, no one would’ve been looking into that. I think in times of adversity you'll get these huge technological jumps. I'm not saying that adversity is good, by any stretch of the imagination, but here are some things that can come out of it. Such as zoom and people being able to work from home and taking that as a positive instead of a negative. The coolest thing about the band, is that all of my students and community members they just rolled with it. They come in, they've been doing their recordings, they've been doing it all, just to have an opportunity to play together. It's so cool. They love being able to play their instruments and go with the flow.

Have you seen any of your students in person in the past year?

Outside of the band, no. I have seen some of the PTK kids, because for our induction ceremony we delivered cookies and flowers to everybody who was being inducted this past fall. We put them all in a bag and dropped them off at people's houses. Some people were home and some weren’t and that was kind of cool to be able to do. Then last spring, I delivered all the PTK stills to the graduates. It was the least we could do, instead of mailing them, or having them come out. But no, I haven't seen my music theory students. We've been doing this the whole time, and sometimes it's a challenge.

What are you looking forward to for the next year?

I'm looking forward to seeing people and running into people in the hall. Just random conversations, instead of walking through campus and having it be a ghost town, the vibrancy is missing. The person-to-person vibrancy is missing, but I'm learning that even in this setting we're still able to connect and build relationships and have a meaningful dialogue. Which is great. It requires everybody to participate and be willing to take that next step with you.

What is your favorite thing about NHCC?

For me, I think I have a fairly unique perspective on it because I grew up here. My mom's office was literally right around the corner from where mine is right now. I can remember playing with little army guys and office supplies. Rubber bands and paperclips were awesome when I was little. I never thought I would be teaching. I thought I would be performing. And I certainly never thought I would be around the corner from my mom's office. That was never quite in the cards. Once I once I decided on education though, I decided I did want to be a college band director, so today I'm a college band director and that’s pretty cool. But at NHCC specifically, I love the people, the students, the faculty, staff, everybody. They make it really feel like home and I feel like we have a purpose and we impact people.